You are here:
home   -
Active   -
Hiking and Mountaineering   -
Via ferrata 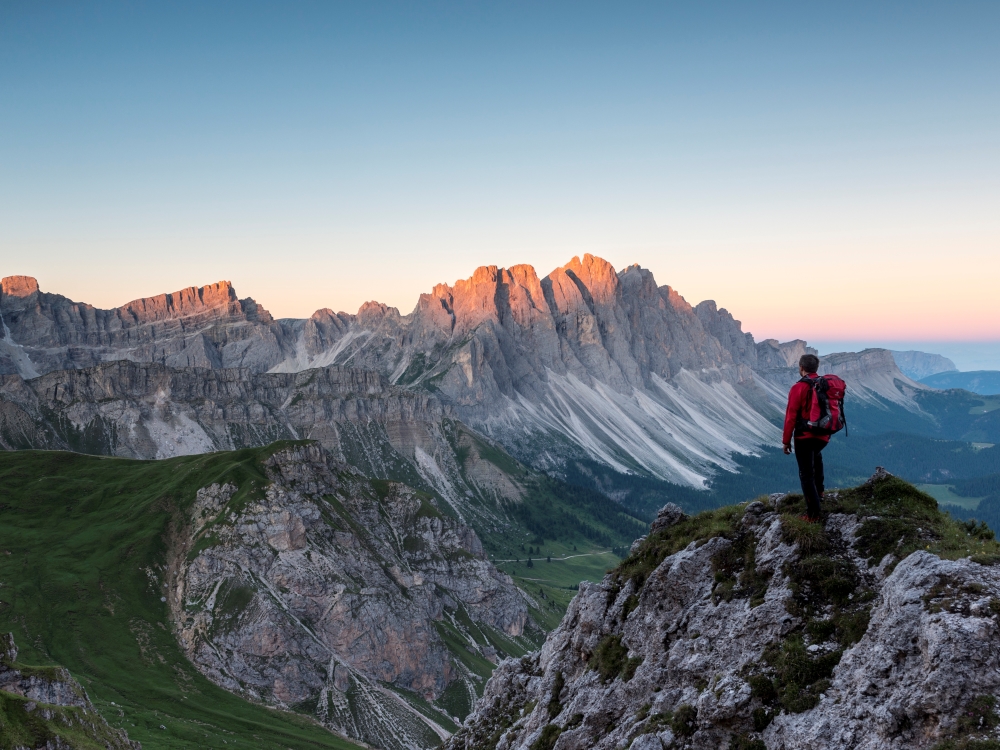 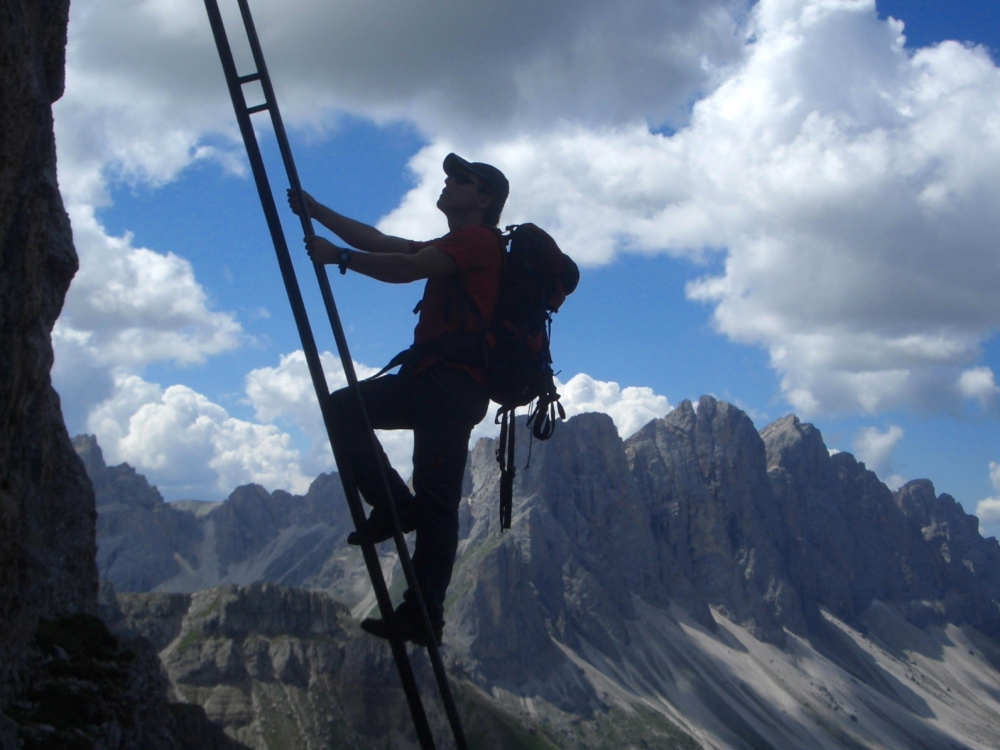 The Dolomites have always been a paradise for climbers. Nowadays, via ferrata routes attract many hikers who want to reach even the highest peaks. Sometimes the routes are steep and exposed. Equipped with fixed steel cables, ladders and other fixed anchors they offer a good level of safety, but only if you have the appropriate equipment. The strenuous ascent is rewarded at the top with a magnificent 360-degree panorama.

Sass de Putia/Peitlerkofel
The Sass de Putia/Peiterkofel is the northern cornerstone of the Dolomites and offers a magnificent panoramic view. From the car park Passo delle Erbe/Würzjoch you walk on the trail no. 8A until it leads into path no. 4, following it uphill to Peitlerscharte. A serpentine mountain trail (no. 4B) leads you to the mountain top. Reach the summit of Sass the Putia/Peitlerkofel by climbing the last section on the rock, secured with ropes.

Trail numbers: 8A, 4, 4B
Duration: 6 hours
Level of difficulty: easy-medium

Via ferrata Günther-Messner
This via ferrata was named after a mountaineer from Funes/Villnöss, who set off on expedition to Nanga Parbat in 1970 and never returned. Starting from Russis Kreuz, follow the trail markings GM (Günther-Messner) to “Kofelwiese” and on to the “Furtschellensattel” (2,114 m above sea level). Hike until the fork (path no. 25) to Tullen (2,654 m above sea level), which may be climbed up. Otherwise continue on the GM trail, over the via ferrata, very exposed but with good fixed ropes, along the ridge of Aferer Geisel until reaching the Peitlerschafte (2,363 m above sea level). From there, always following GM markings, it’s an easy descent back to Russis Kreuz.

Sass Rigais
The Sass Rigais is on every mountain-climber’s wishlist of summits. It is highly recommended to use climbing equipment to secure yourself.  Starting from the car park Ranui (1,380 m above sea level), proceed along trail no. 28. At an altitude of 1,716 meters, you’ll arrive at a crossroads where to turn into trail no. 29 at the left and proceed into the Forcella de Mesdi/Mittagsscharte (2,597 m above sea-level). From here, you can take the secured climbing trail up to the summit of Sass Rigais (3,025 m above sea level). From the summit, you can enjoy a breath-taking panoramic view. Hike downhill the same way.

Piz Duleda
From the car park Zanser Alm proceed along the trail no. 6 until Tschantschenon/Ciancenon. It gets steeper as you approach Forcella S. Zenon/Kreuzjoch. Take trail no. 3 (Alta Via delle Dolomiti/Dolomiten Höhenweg) to the Forcella Roa./Roascharte. Turn left (trail no. 3A) to get to the secured climbing trail (follow the sign reading "zur Nives-Scharte über Klettersteig" = to the Nives Gap via secured climbing trail). The climbing trail is not exposed (you won't have to scale the mountainside, but only ascend on foot) and is well-secured. Because of the crumbly, rocky surface, sure-footedness is an advantage. You will have to scale a small (approx. 2-meter-high) rocky step using a ladder to reach Nives Gap. The rest of the way to the summit is no longer difficult. The summit is exposed and affords a look right down into the abyss, out of which fog rises much of the time. 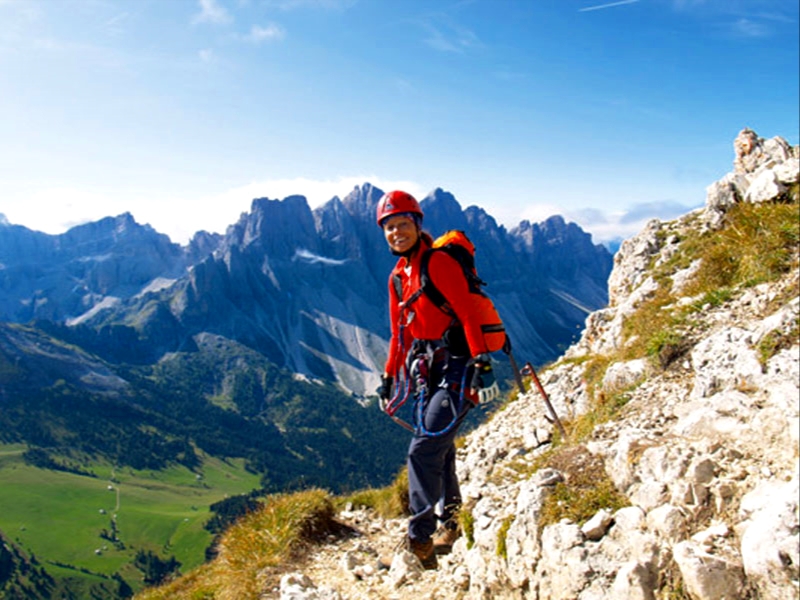 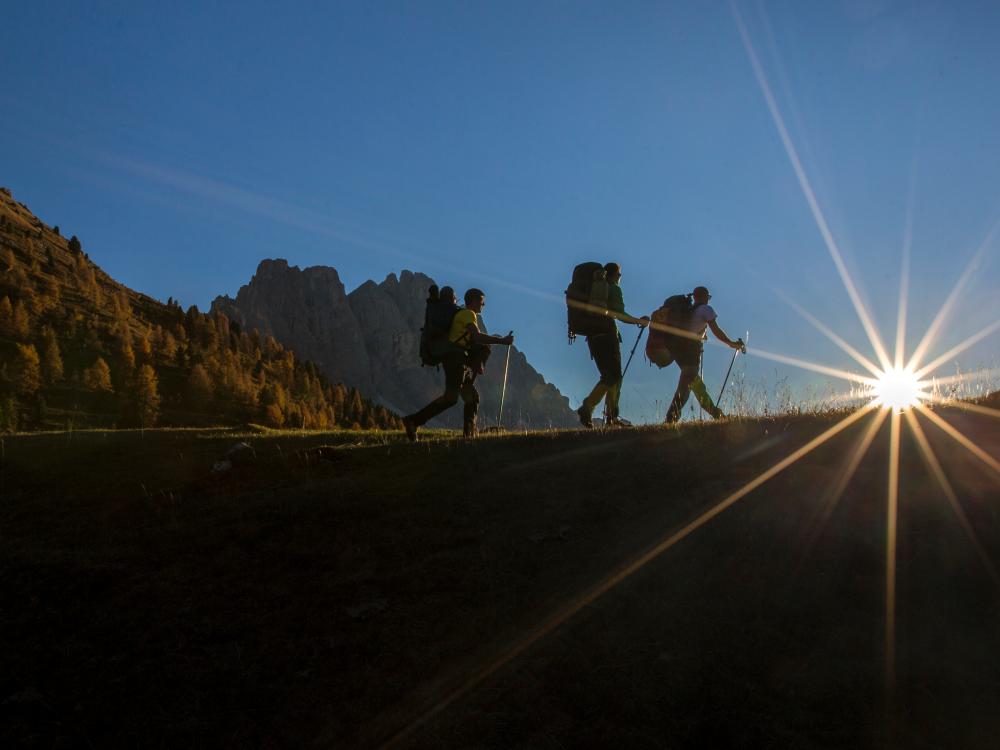