You are here:
home   -
Culinary Delights and Culture   -
Churches and chapels   -
Nave/Nafen church 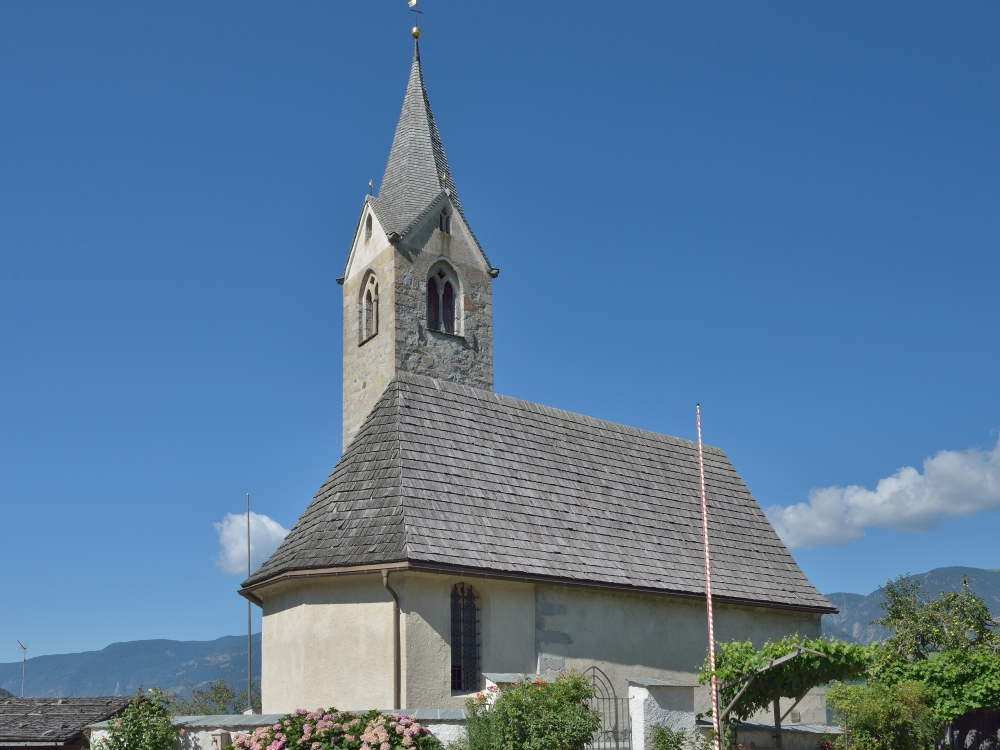 A jewel of art history

The Romanesque church of Nave/Nafen was mentioned for the first time in 1307. In 1489, as indicated by an inscription behind the altar, it was rebuilt in the late Gothic style, and to this day remains largely unchanged. The building consists of a nave and a slightly recessed choir with a lateral pinnacle.

Above the entrance, there is a panel painting from 1503 depicting the fourteen auxiliary saints.

The church has some beautiful frescoes. On the outer wall next to the entrance St. Christopher is displayed in life size. On the choir vault we see three head-and-shoulders portrait, probably dating back to 1503, depicting St. Bartholomew, Mary with Child and St. Wolfgang. The northern wall is decorated with a life-size representation of the Twelve Apostles from 1611, discovered in 1964 only.

The late Gothic altarpiece from the 16th century was created in 1520 by the artist Ruprecht Potsch from Bressanone/Brixen. The tabernacle was added later. The shrine depicts Mary with the child, Bartholomew and Florian. On the back of the altar there is a "Holy Face" representation with a disfigured mouth. Therefore, the church of Nave/Nafen was considered a place of pilgrimage for dental patients.

The baroque side altar from 1701 shows a painting of the fourteen auxiliary saints.

In 2003 the church was completely restored inside. 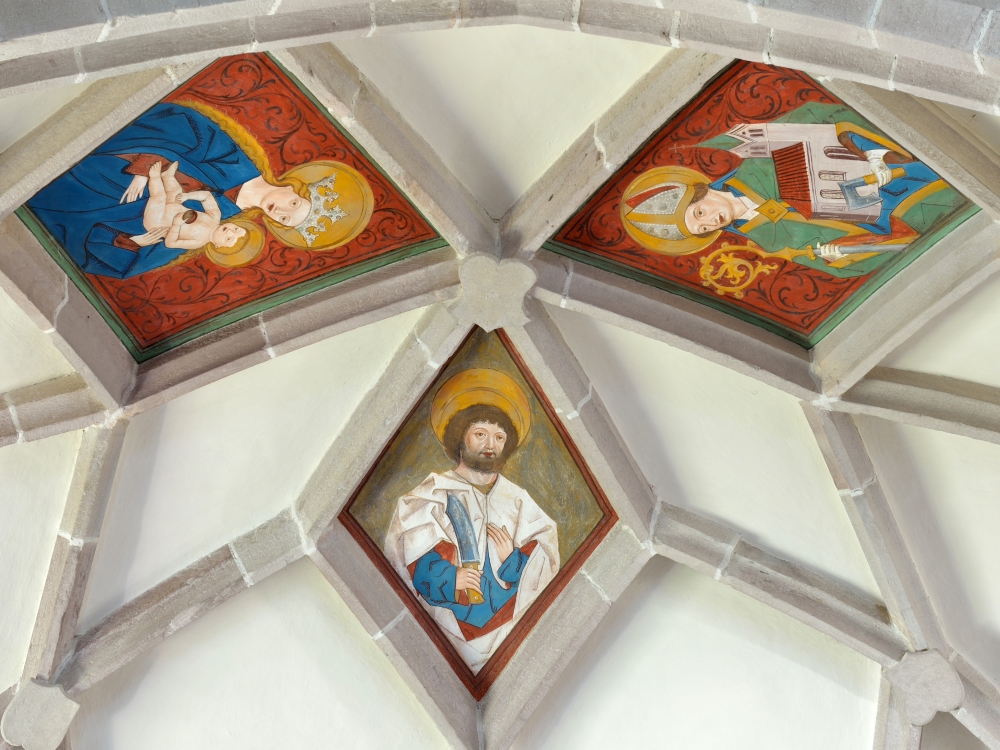 The church can be visited by collecting the key next door, at the Mesnerhof.