You are here:
home   -
Culinary Delights and Culture   -
Churches and chapels   -
Parish Church of Tiso/Teis 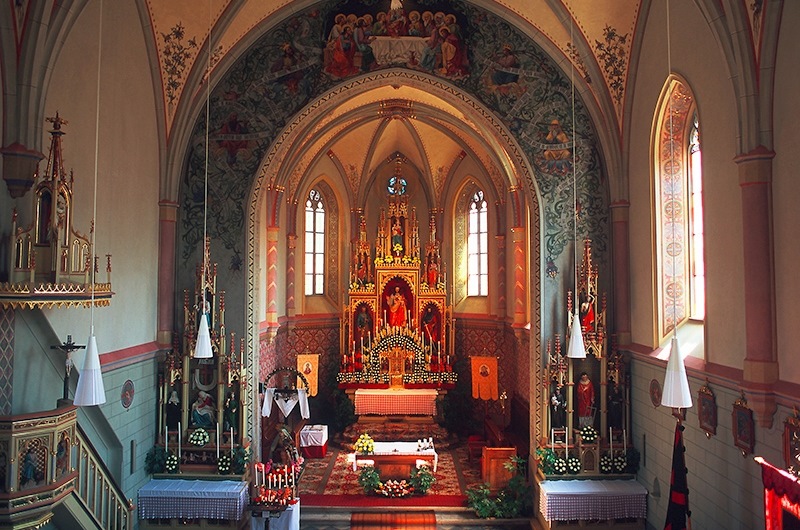 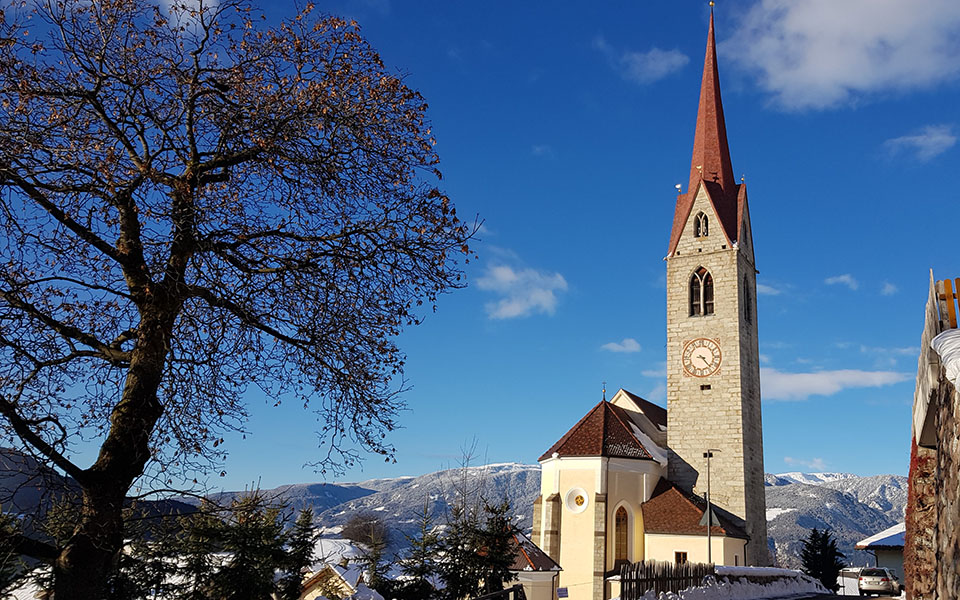 By the end of the 13th century, there has already been existing a St. Mary's Church at Teis, but due to the heavy earthquake in 1471 it fell into a state of dilapidation and therefore it was rebuilt. The new church in Gothic style was consecrated in 1475. The high altar of this church was constructed in honour of the Sacred Cross and Saint Helena.

The bell tower (57m) was built around the year 1500 and the "big bell", called "Annemarie" by the inhabitants of Teis, weighs about 1,900 pounds and was cast at Innsbruck in 1734. During WWI the army wanted to remove and to melt down the bell in order to produce ammunition. But the women and girls of Teis acted quickly: they hid the bell in a cesspit to protect it from the army and only after nearly one year, the big bell sounded again in the bell tower of Teis.

Over time, the old church became too small for the parish and therefore the inhabitants of Teis started the construction of a new church in 1889. The church was built in neo-Gothic style and in 1890 it was consecrated in honour of the Sacred Heart of Jesus.

In the back of the church, next to the entrance, you can see a beautiful statue of Saint Mary with Jesus in her arms, a masterpiece of Josef Konrad Wiser of the 18th century, and the guardian angel behind glass.

In 1904 Teis became an independent parish. 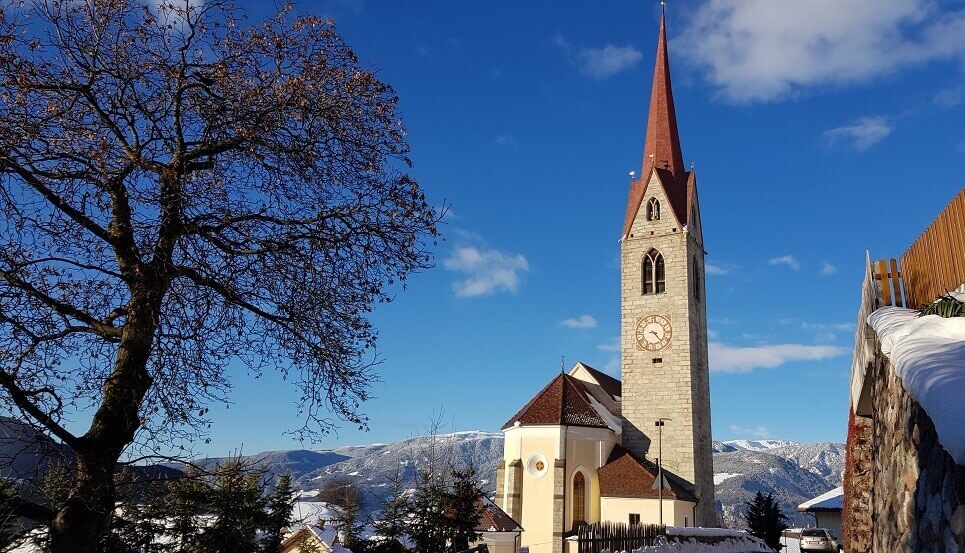 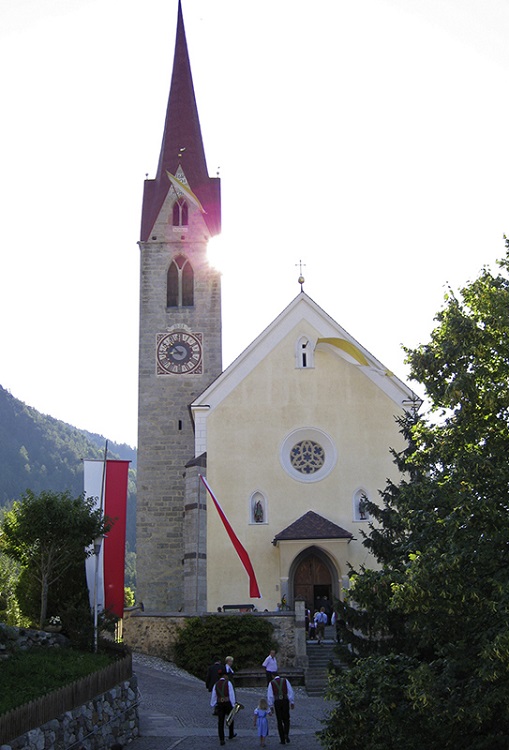