You are here:
home   -
Culinary Delights and Culture   -
Churches and chapels   -
The small church of S. Valentino 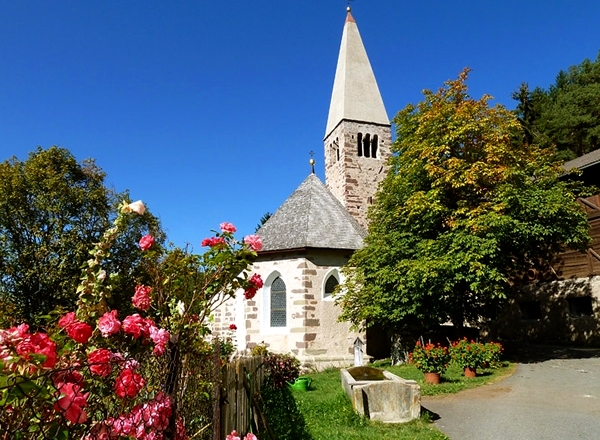 The Church of St. Valentine bears on its triumphal arch the heading "Built in 1303, restored in 1900". However, a previous church, already mentioned in 1090, stood in its place before. The church shows architectural elements in Romanesque and Gothic style, the tower with its three-part round-arched windows and high walled square pyramid is Romanesque, as the nave of the church that was vault in 1480.

The real masterpiece is the Gothic winged altarpiece, created by Hans Klocker of Brixen in 1500. The shrine contains the three main characters: Mary and Child, St. Valentin and St. Wolfgang.

During the restoration of the church in 1975 were discovered parts of a fresco depicting St. George fighting the dragon. The painting dates back to the first half of the 14th century.

At the entrance, next to the offertory box dated 1576, there is one of the most beautiful frescoes of St. Christopher of the early 15th century, and its colours are still incredibly bright. 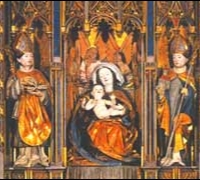