You are here:
home   -
Culinary Delights and Culture   -
Churches and chapels   -
The small church of St. John in Ranui 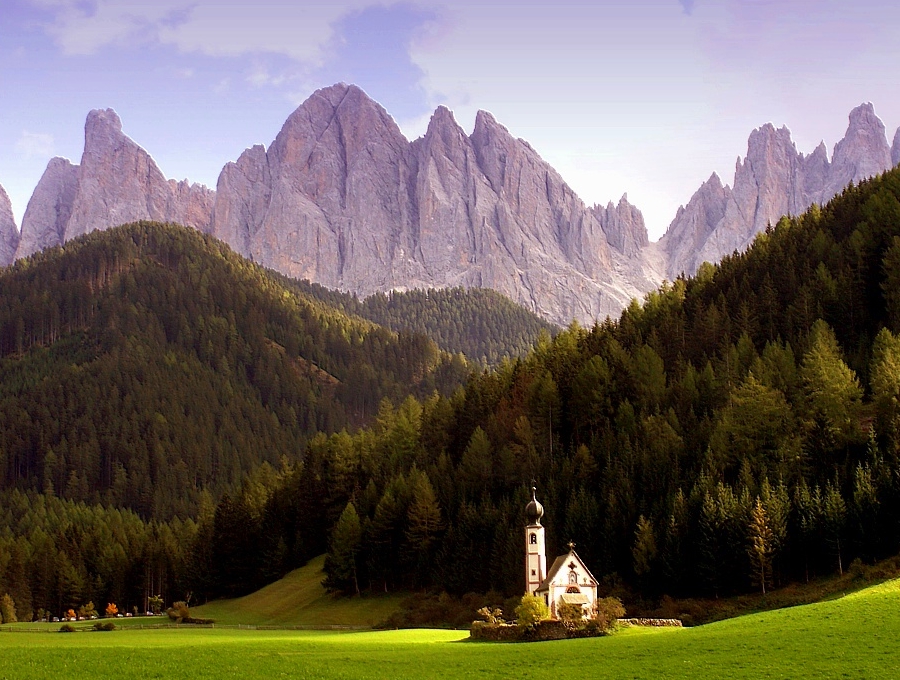 St. John of Nepomuk in Ranui with the Furchetta and Sass Rigais summits.

The small church of St. John of Nepomuk in Ranui

The church of St. John of Nepomuk in Ranui is famous because of its unforgettable restful location. The mine owner Michael von Jenner commissioned this Baroque building in 1744.

The altarpiece was painted by Franz Unterberger and depicts Mary on the throne with the infant Jesus in her lap and John of Nepomuk, who shows her his tongue as a sign of his discretion.

On the inside walls of the church nine Baroque paintings narrate of John’s life. They were painted in the mid-18th century probably by the court painter of Bressanone/Brixen Nikolaus Weis.

The onion dome made of copper sustains a star that refers to the martyrdom of John, who was thrown into the river Vltava, and to the fact that a star-shaped garland led to the discovery of his corpse.

Canonized in 1729, he is the patron saint of Bohemia, of the confessors and of all people in danger of drowning. He is also the patron saint against defamation and for the good reputation of individuals.

Special stamp for Advent: The 2009 Christmas stamp of the Austrian Post shows the church of Ranui and was made according to a watercolour by Reinhold Stecher, former Bishop of the Diocese of Innsbruck. The watercolour was purchased by the local autority and is now exposed in the community centre. 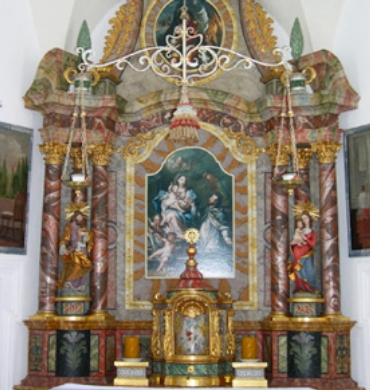 The masterpiece of the church is the beautiful altarpiece.

The church is privately owned and the access is subject to a fee. However, the church remains closed. 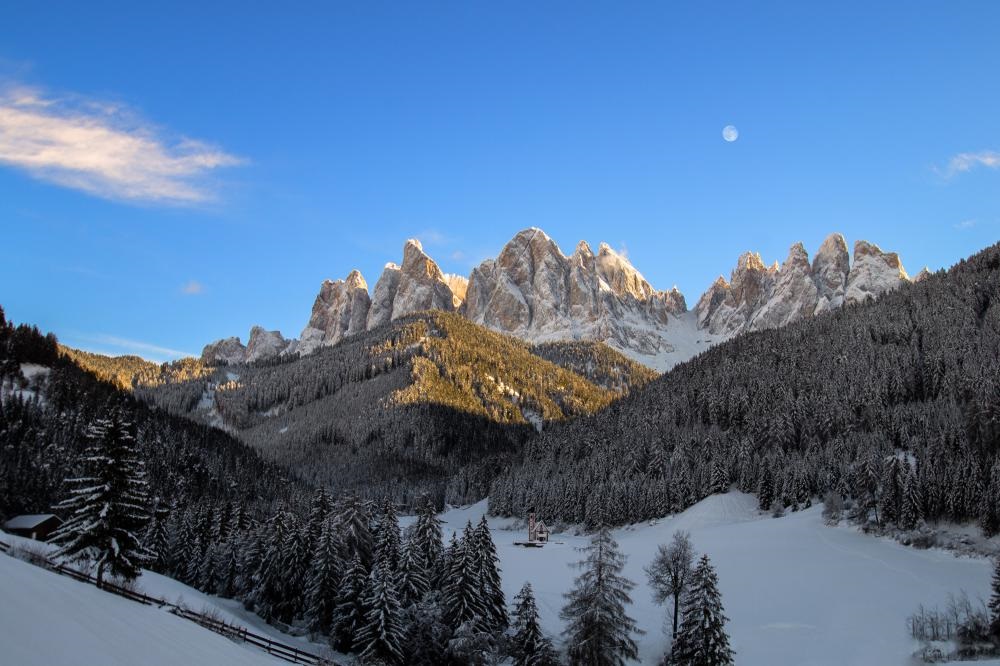