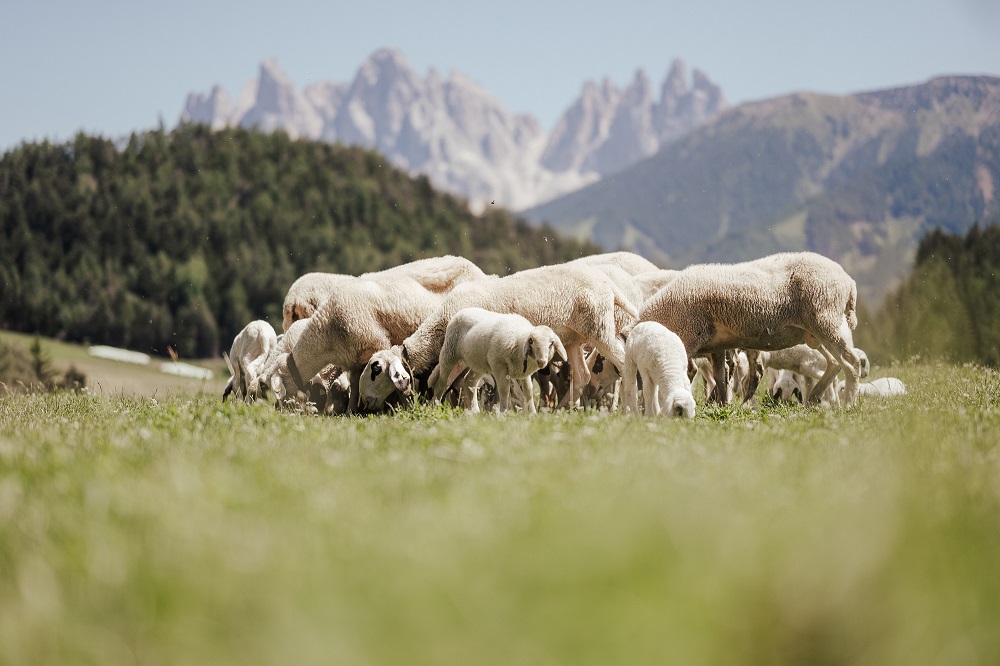 The revival of an ancient sheep breed

Some of the farmers of the Funes/Villnöss Valley breed a very special sheep. One that really would be extincted, if there weren’t those farmers, who are fighting for the preservation of the breed. The Villnösser Brillenschaf has its origins in the nineteenth century from the cross-breeding of ancient native races with the Bergamasker sheep and the Paduan silk sheep. South Tyrol's oldest sheep breed has a characterizing dark pigmentation around the eyes, and it seems really like the sheeps are wearing glasses. In fact, "Brillenschaf" literally means "sheep with glasses".

The Villnösser Brillenschaf is grown according to strict breeding lines, for example the physique, the wool and of course the color pigmentation. The lamb of the “Villnösser Brillenschaf” is a product of the highest quality: it is tender and has a very delicate flavor. Sheeps need a lot of space to move around. They gaze the best plants and herbs on the high mountain meadows and pastures of the Dolomites Unesco World Heritage, and obviously that has a positive effect on the meat.

Another quality product is the sheep's wool. It is hypoallergenic, elastic, noise-reducing, heat and moisture balancing. It can absorb to a third of its weight in moisture without feeling damp. The processing of sheep’s wool and the manufacturing of woollen products is the mission of the small workshop “Naturwoll”.

The delicacies of “Villnösser Brillenschaf” lamb are commercialized under the brand “Furchetta”. The products are exceptional natural products that respect the philosophy of sustainable use of nature and its resources. 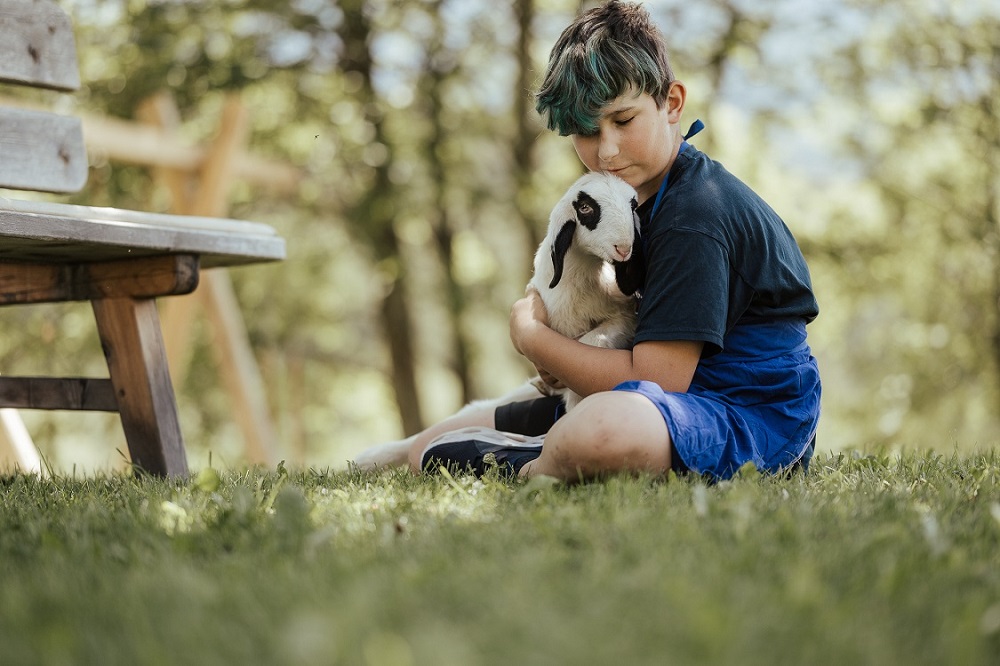 It concerns local project that work to protect small-scale producers and to safeguard traditional high-qualitiy products.
The fundamental values of the projects are "the protection of biodiversity, territories and knowledge of traditional productions. These values are expressed in efforts to encourage producers to adopt clean, sustainable production practices and develop an ethical (fair) approach to the market".
The "Villnösser Brillenschaf Sheep" has been identified by the "Slow Food Presidia" brand. 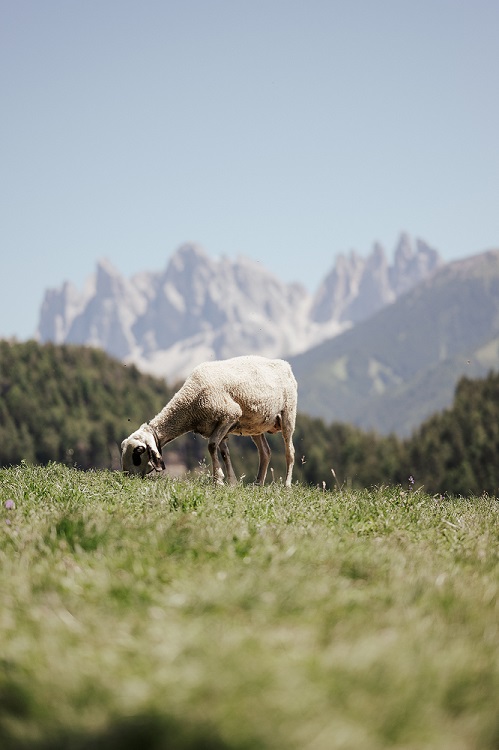